Yes, you heard correctly – there is indeed a Financial Modelling World Championships! The finals of Modeloff 2013 were held last weekend, and we now have a new world champion, Hilary Smart, who was the only female to make it to through to the final round.

Espoused as “The Hunger Games meets Excel Financial Modelling”, contestants were flown in from all over the world to compete at the Microsoft Offices, New York. Although not a catwalk in sight with this kind of modelling, it was still a rather high-profile event with some great sponsors and fantastic cash prizes. Judges included well-known Excel “personalities” such as Ben Jelen (Mr Excel) and Professor Simon Benninga.

The finalists included 16 of the best and brightest Excel modellers from banking and industry around the world. The Modeloff 2012 also contained only one female finalist, and when Hilary made it through to the finals, we at Plum Solutions have been following her story and cheering her all the way. So you can imagine our excitement when she took out the top prize! Hilary Smart is a 26-year-old Senior Consultant with Operis in London and has a Mathematics degree from Cambridge. In a typically male-dominated industry, it’s fabulous news to be celebrating a female world champion. Congratulations, and well done Hilary! 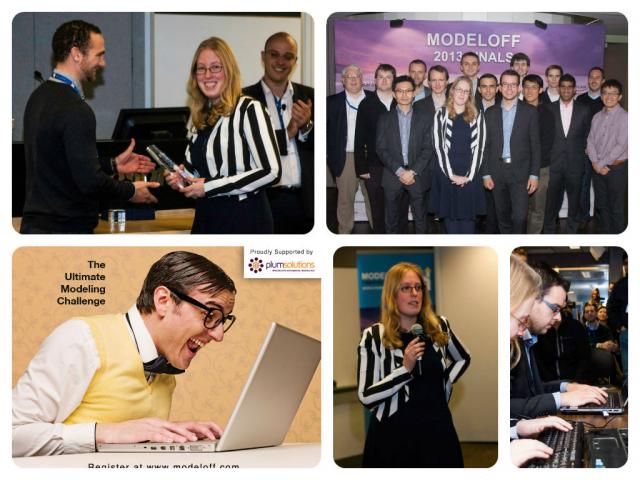